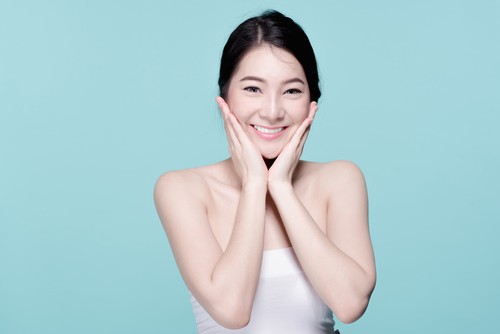 The American Society for Aesthetic Plastic Surgery (ASAPS) predicts that labiaplasty, a new type of Botox, a new nonsurgical breast-lift procedure and new ways to use dermal fillers will be the hottest procedures in plastic surgery for 2018.

Labiaplasty has grown in popularity in the last few years, with the number of procedures performed jumping 23 percent from 2015 to 2016 and another 39 percent in 2016.

Labiaplasty is a plastic surgery procedure that reshapes the skin around the vulva, known as the labia. Labiaplasty can also involve fat or dermal filler injections into the labia as well.

The labiaplasty procedure can be done traditionally with a scalpel, but many plastic surgeons offer a laser alternative to surgery.

Many women seek out the labiaplasty procedure because they feel self-conscious about the size of their labia and its appearance in clothing or during intimate moments.

Botox is the most popular injectable in the U.S., with 7 million injections performed in 2016, but ASAPS predicts that a better Botox is on the horizon. Unfortunately there aren’t yet many details available about the new product and how it’s better than the original.

Botox is a form of the toxin botulinum A used as a preventative for wrinkles. Botox works by temporarily paralyzing muscles in the face to prevent them from making expressions that cause lines and creases to develop.

The new “Laser Bra Lift” is done using lasers, which translates into no scarring and a faster recovery.

“The recovery time for a surgical breast-lift is six to eight weeks,” said Dr. Jack Peterson, a Topeka, Kansas, plastic surgeon who performs the breast-lift and other breast procedures.

The laser treatment has skin-tightening benefits that lift the breasts. Additionally, there is no purported bruising or swelling associated with the new “Laser Bra Lift” procedure like there is with traditional breast-lift surgery.

Made with ingredients such as hyaluronic acid, calcium and collagen, dermal fillers are commonly injected into the face to fill in fine lines and wrinkles near the nose and mouth. New uses for dermal fillers are anticipated, according to ASAPS’ predictions. One anticipated way fillers will be used is near the eyes, not only to smooth wrinkles, but also to reshape the eyes.

“Dermal fillers are very dynamic and are useful in a multitude of applications,” Peterson said.

One way plastic surgeons used dermal fillers in 2017 was to treat damaged earlobes.

“Wearing heavy, dangling earrings over many years will stretch out the earlobes, causing them to sag,” Peterson said.

Dermal fillers injected into the earlobe work as they do in any other body area by filling in sunken or stretched-out areas. Dermal filler injections also lead to skin tightening by inducing the body to produce collagen.

Dermal fillers like Restalyne and Juvederm accounted for 2.6 million of the 15.5 million minimally invasive cosmetic procedures in 2016, a 2 percent increase over 2015.

Don't Do It: DIY Plastic Surgery

Time can take its toll on our bodies. As we age, skin quality changes as collagen production slows …