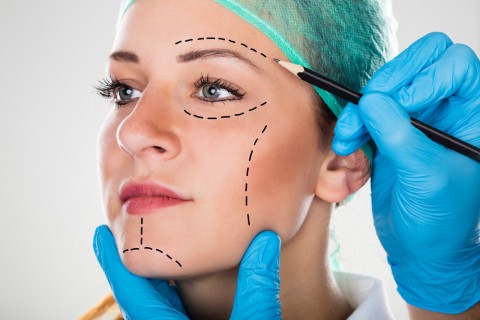 A recent study by Johns Hopkins University showed that women who have undergone facelift surgery not only appear younger, but also more attractive, more successful and healthier to other people. The study also shows that women who have had a facelift often also get out of traffic tickets or have more favorable court decision compared to their peers who have not had facial surgery.  Study findings also showed that women who have had facelifts were more likely to be offered a job or be elected to political office more readily than before their surgeries. The study is thought to be the largest of its kind, and used 483 individuals to rate the appearance of 13 women before and after their facelift surgeries by viewing their photographs online.

The study group was made up of 80 percent women and 20 percent men, and the average age of the participants in the group was 29. The average age of the facelift patients in the picture was 58. The study was also the first time that there was a measurable improvement of the appearance of facelift surgery patient when viewed by the average person.  The study found that facelifts on average made the omen appear four years younger, and 18 percent more attractive. Additionally, researchers found that the women appeared 16 percent healthier and 10 percent more successful after their surgery. Study participants also deemed facelift patients to be more successful socially than before their surgery.  The facelift procedure is a popular one in the United States, and was in the top five surgical procedures in 2016, according the American Society of Plastic Surgeons. During the facelift surgery, incisions are made usually near the neck, temple, behind the ear and under the hairline to allow the plastic surgeon the ability to lift adjust and manipulate the skin, tightening it and smoothing out wrinkles and fine lines.  Recovery from the facelift procedure takes several weeks, but after patients are fully healed they are left with a youthful appearance. The results of the facelift procedure can last 10 to 15 years.  Other top surgical procedures include breast augmentation, liposuction and tummy tuck procedures.  “Many people choose plastic surgery or other aesthetic procedures to fix a part of their appearance that they are unhappy with,” Dr. Jack Peterson, M.D., said.  Peterson is a plastic surgeon in Topeka, Kansas, who performs many facelift surgeries and offers other facial rejuvenating procedures, like Botox, fillers and scar treatments.  The findings of the Johns Hopkins University study are not surprising to him.  “When people are happy with their appearance, they naturally have more confidence and often interact with ease in social situations and how they carry themselves,” he said.  This increase in confidence is often evident to others and translates to being viewed differently than before their procedures.  According to a study by the American Society of Plastic Surgeons, the majority of facelift patients reported positive reactions from others about their appearance, as well as improved self-esteem. The majority also reported an improved quality of life and better relationships.  The rate of plastic surgery is increasing in the United States, according to the American Society for Aesthetic Plastic Surgery, due to the benefits of appearing younger and increased self-confidence. Over 17.1 million procedures were performed in the United States, and consumer spending on plastic surgery and other aesthetic procedures increased by 11 percent compared to 2015.Surgeries made up 56 percent of the procedures performed in 2016, and the other 44 percent of procedures included non-invasive and minimally invasive treatments like dermal fillers, Botox and skin rejuvenating therapies like chemical peels and microdermabrasion.

Beauty Before Age: Why Millennials are Undergoing Plastic Surgery

Collagen is the most important – and the most abundant – protein in the human body. Why …

How many times have you been kissed under the mistletoe?  While the movies make it seem like mi…