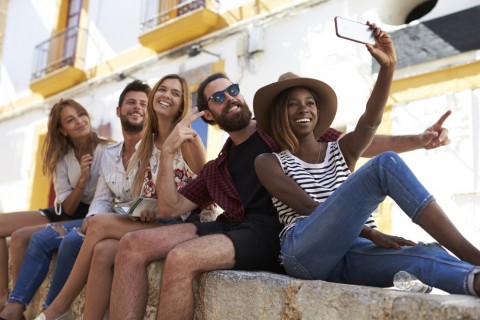 The face of plastic surgery is getting younger, according to information from the American Academy for Facial Plastic and Reconstructive Surgery. The most recent statistics from the AAFPRS show that 64 percent of facial plastic surgeons saw an increase in millennial patients in the last few years.The millennial generation has beat out the baby boomers as the largest generational group in the United States. Millennials number 75.4 million people, born between 1982 and 2004.

According to the AAFPRS, many millennial patients sought out injectables like Botox and dermal fillers. The most popular procedures for individuals under 35 include eye surgery procedures to make eyes look more awake and refreshed, as well as lip procedures for a fuller, but still natural looking pout. Other top procedures for millennials include facial fat reduction, skin tightening and scar revision surgeries. Many of these procedures were driven by social media, selfies and stars. Eighty two percent of facial plastic surgery patients reported seeking their procedures because of a desire to look like their favorite celebrity. This phenomena is known that the Kardashian effect, named after the popular sisters who undoubtedly influence the public on everything from fashion and makeup to lip shape and butt size.The new trend is interesting to many plastic surgeons. For decades, the majority of plastic surgery patients were women between the ages of 35 and 55. Now, millennial men and women are looking for procedures as a preventative measure against time and aging, in hopes of warding off things like fine lines, drooping eyelids and sagging chins. “Dermal fillers are a popular option for treating fine lines and wrinkles, as they plump up the face and smooth out the skin,” Dr. Jack Peterson said.Peterson is a Topeka, Kansas, plastic surgeon who performs facial surgeries. He also offers dermal fillers and other skin rejuvenating treatments. He notes that millennials who get dermal fillers are hoping that the fillers will keep their face taut and full, and prevent sagging skin from occurring in the first place.  Botox is also a popular preventative treatment among young people because it temporarily paralyzes the facial muscles that move the skin and cause wrinkles to develop. The American Society for Aesthetic Plastic Surgery reports in a 2016 survey that the number of people age 19 to 34 who underwent Botox treatments increased by 41 percent between 2011 and 2015.According to AAFPRS, many individuals sought out Botox and other anti-aging procedures in order to stay competitive in the workplace. While it might seem implausible that people in their twenties and thirties could possibly be concerned about looking old, 51 percent of millennials who sought plastic surgery procedures cited the reason for their procedure was their wish to stay competitive in the workplace. “Our society often equates age with ability, so many individuals want procedures that give them the benefit of look younger while creating security,” Peterson said. Millennials also opt for rhinoplasty, or nose job procedures. In 2015, 68,000 of them chose this surgery to reshape their nose to their preferred shape. Facial procedures are not the only procedures that only procedures that millennials want. Other popular procedures for those 35 and under include breast augmentation to not only increase the size of the breasts, but to also correct both asymmetrical and sagging breasts. Breast reductions are also popular with this generation, and in 2015 29,000 millennial women underwent breast reduction surgery. Liposuction is another procedure that millennials are choosing to reshape their bodies. Liposuction has increased in popularity with this generation because new techniques allow the procedure to be performed quickly, and with little downtime compared to traditional procedures.

International Business Times, “What Millennials Like: A Rise in Botox Linked to Social Media,” 15 March 17

Beyond the Breast Boost

Changing the Face of Aging: How Facelifts Alter Appearance

For many patients scars are not only a physical reminder of injury; they have been shown to greatly …

A lot of things change as we become older. That youthful glow that once eminated from our very pores…

So, you’ve scheduled your tummy tuck procedure with Dr. Peterson and you’re getting ever…