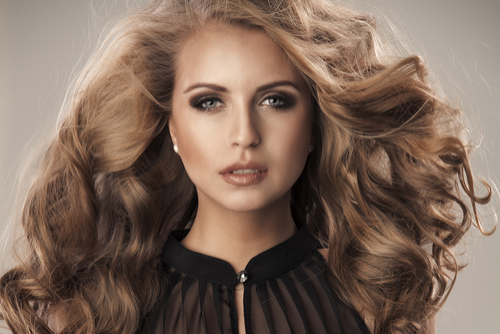 After experiencing pregnancy, gestational diabetes and the loss of her baby at nine months pregnant, Linn Rowell of North Philadelphia decided to change her look and hoped to change her life with a Brazilian butt-lift.

Rowell researched cosmetic surgeons and finally found Dr. Ayman Shanine, a New York gynecologist with a cosmetic surgeon license and an office near Rowell, to do the procedure.

Rowell was excited about her procedure until she saw a patient of Shanine’s on the E! television show “Botched,” seeking a fix for a procedure performed by Shanine.

After finding other complaints from Shanine’s patients, Rowell canceled her pending procedure and asked for a refund.

The complaints found by Rowell detailed negligence and incompetence. One patient experienced a deformity after a liposuction procedure gone awry. Shanine also reportedly operated on a woman without confirming that she was pregnant before her Brazilian butt-lift procedure.

The Difference Between Plastic and Cosmetic Surgeons

Rowell and patients like her could have avoided the risk of a potential problem post-op by selecting a licensed plastic surgeon instead of a cosmetic surgeon.

Peterson is a plastic surgeon in Topeka.

In addition to their residency, plastic surgeons must also pass oral and written exams and a lengthy board-certification process to gain licensure by the American Board of Plastic Surgery.

For some, the complete certification and licensing process could take as long as 10 years.

Cosmetic surgeons are also physicians, but have a specialty, such as gynecology in the case of Shanine.

Unlike plastic surgeons, cosmetic surgeons are not required to go through residency and board certification. Instead, most take short courses of training that usually last six months to one year to receive certification to perform procedures like injecting dermal fillers or Botox, liposuction and the Brazilian butt-lift.

These training courses do not result in board certification from the ABPS. There are also no cosmetic surgery programs of study recognized by the American Board of Medical Specialties.

Cosmetic surgeons are also frequently unable to perform surgical procedures in hospitals. As a result, they operate out of their office or private surgical centers.

Some plastic surgeons also operate out of privately owned surgical centers, but they also have privileges at hospitals.

While this may not seem like a big deal to some, surgical procedures frequently require general anesthesia and careful monitoring of patients while they are under sedation.

“Many people do not understand the differences between cosmetic and plastic surgeons, in part because the terms are often used interchangeably,” Peterson said.

Some other health professionals like general practitioners, dermatologists, ophthalmologists and dentists have also begun to offer cosmetic and aesthetic services to patients. Many spas and aestheticians also perform cosmetic procedures.

A study by Northwestern University found that just 17.8 percent of 1.8 billion plastic surgery-related posts on Instagram were from board-certified plastic surgeons.

“The problem with using these types of providers is that they may not necessarily have the training necessary to place a filler in the proper position or perform a liposuction procedure. They also may not know how to fix a problem that may arise during surgery,” Peterson said.

'Thighlighting': The Next Big Thing in Plastic Surgery?

Round or Teardrop: What Is the Best Breast Implant Shape?

Many people experience sagging skin in the face, neck and under the chin as they age. It’s a c…

Fat is an unfortunate reality that we all have to deal with. Even if you exercise constantly and wat…