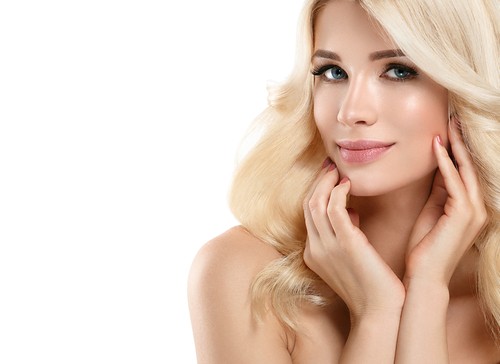 First families have long influenced America’s fashion trends and hairstyles, but the newest first family is prompting some women to get plastic surgery, according to E! News.
Move Over, KardashiansFor a decade, the Kardashian sisters were the epitome of beauty and style. Many women around the world sought plastic surgery procedures to get more prominent lips to look like Kylie or bigger backsides to look like Kim.But times have changed.

Women have been lining up at plastic surgery practices around the country since the summer of 2016 electing to have plastic surgery procedures to look like first daughter Ivanka Trump. The procedures are collectively known as the “permanent Ivanka” and include the widening of the cheekbones through cheek implants and the slimming of the nose through rhinoplasty.Many women are also asking for their eyes to be made larger through upper and lower eyelid surgery.Some women are opting to have a temporary and less invasive procedure known as the “temporary Ivanka,” which uses dermal fillers and Botox.Tiffany Taylor, a Texas woman who appeared on E!’s plastic surgery series Botched, admitted to having 13 plastic surgery procedures in one year to look like the president’s daughter.Ivanka isn’t the only member of the first family sparking a surge in plastic surgery procedures. Many women are asking their surgeons to make them look like first lady Melania Trump too.The U.K. news site The Times reported that a U.S. woman had spent over $37,000 on dermal fillers to look like the former model.Newsweek reported that in June 2016, Claudia Sierra of Houston, Texas, was scheduled to undergo eight plastic surgery procedures as part of a “Melania Makeover.” The Melania Makeover procedure includes several surgeries such as a breast reconstruction, rhinoplasty, an abdominoplasty “tummy tuck” procedure and a Brazilian butt lift. Other treatments included a surgical eyelid lift and minimally invasive procedures like dermal fillers, Botox and other injectables.A Worldwide TrendWomen in the U.S. are not the only ones trying to look like the famous first women.The Daily Mail reports that hundreds of women in China are also turning out for procedures to change their appearance to look like Ivanka and Melania. Popular surgeries among Chinese women include breast surgery and eyelid lifting procedures.Over 250 plastic surgery clinics in China have filed for trademarks to incorporate the word “Ivanka” in their business name.The Foshan Yiwanka Medical Management, a cosmetic surgery center that specializes in facial surgery and liposuction, pre-empted the craze and changed its name before the 2016 election.“It is not unusual for people to come in for a consultation with pictures from social media or the internet of the particular person or celebrity they want to look like,” said Dr. Jack Peterson, M.D.Peterson is a Topeka, Kansas, plastic surgeon who frequently receives requests for procedures from individuals wanting to look like their favorite star.“Of course people want to look like celebrities. Celebrities are usually beautiful people who live lavish and exciting lifestyles, but it is imperative that the average person looking to have plastic surgery have a reasonable expectation about their results. The result of any procedure should look natural,” Peterson said.Peterson cautions his patients about going to extremes when seeking out procedures.“Using implants or injectables that are in proportion to the patient’s face or body will leave the patient with natural-looking results compared to using oversized implants or too much filler. Using too much of anything is what makes a patient look overdone,” Peterson said.

You probably already know that plastic surgery and cosmetic procedures can change how you look, but …

#Breaktheice a recent, national survey of more than 2,000 men and women for frown lines between th…

The face of plastic surgery is getting younger, according to information from the American Academy f…