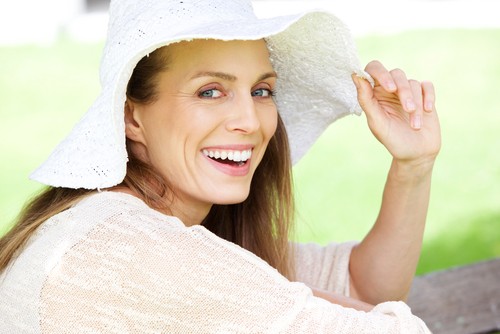 Television personality Megyn Kelly found out earlier this year that actress Jane Fonda does not shy away from the spotlight – until asked about plastic surgery.

On her show, Megyn Kelly Today, Kelly pressed Fonda to discuss her plastic surgery procedures. Fonda staunchly refused to discuss the topic, instead steering the conversation to her upcoming film.

The American Society for Aesthetic Plastic Surgery reports that procedures for individuals over the age of 65 are on the rise.

The ASAPS reports a 1,263 percent increase in cosmetic procedures for seniors in the last 20 years.

“The increased interest in plastic surgery for seniors and other demographics is likely because more information is available about plastic and cosmetic procedures than ever before because of the Internet and widespread use of social media,” said Dr. Jack Peterson, M.D.

“Seniors are usually most interested in face-lifts and other facial procedures, eyelid surgery to lift drooping eyelids, and liposuction for body sculpting,” Peterson said.

“New techniques and technology have allowed plastic surgery to look more natural, so patients who were once afraid of looking like they had work done are now embracing procedures because they will look more natural,” Peterson said.

Many procedures are also now less invasive than before, which means shorter recovery periods and reduced post-surgical complications.

“Being able to return to normal activity levels quickly is very important to many individuals,” Peterson said.

Plastic surgeons also have a better understanding of what happens to the body as it ages than they did before.

“For many years, gravity was thought to be the culprit behind wrinkles and sagging, and that pulling the skin tight through a face-lift procedure would fix the problem,” Peterson said.

Now plastic surgeons know that the real catalyst behind facial aging is the loss of facial fat volume and a slowdown in the production of collagen, a protein essential to the skin’s ability to expand and retract.

When fat volume wanes, the skin hangs loosely on the face, causing sagging and drooping. When collagen production slows down, the skin loses its ability to rebound, and wrinkles and lines develop.

Both conditions cause wrinkling, creasing and other signs of aging to develop.

Understand the aging process allows Peterson to use a combination of procedures to treat patients.

“Typically patients come in with the idea that if they just had a face-lift or a nose job they would be all set. In order to keep the face in balance and proportion, it’s important to understand the impact of one procedure on the rest of the face,” Peterson said.

The “Mom Job” is the popular name for the combination of breast surgery, tummy tuck and liposuction that many women elect to have done after they are finished having children.

The “Grandma Makeover” is the name for the combination of procedures that many women in their 50s and 60s want. The mix includes a tummy tuck, ab etching, liposuction and a Brazilian butt lift.

“Many women choose to combine procedures to reduce the number of surgeries they have,” Peterson said.

The Chicago Tribute. 60 is the new 40: Cosmetic procedures for boomers and beyond are on the rise. 31 October 2017.

Erase the Face of Holidays Past

Women Around the World Rushing to Look Like Ivanka Trump

If you’ve been living with gynecomastia and dealing with it by keeping your shirt on, covering…

We all care about the environment, and with people becoming conscious of their impact on the environ…