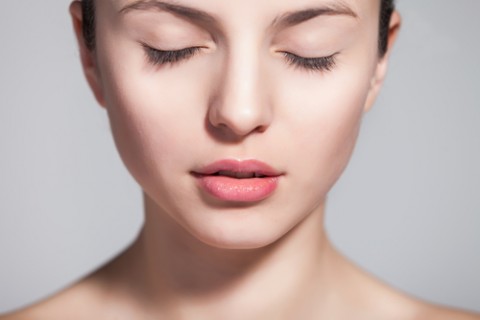 Although a deviated septum is rarely noticeable to the eye, it is still a serious matter and has several serious consequences. One such consequence is snoring. “Patients who have a deviated septum are usually extremely loud snorers,” according to Dr. Jack Peterson, M.D., a Topeka, Kansas, plastic surgeon who performs rhinoplasty on patients looking to correct their deviated septum. Patients with extreme snoring often report feeling unrested, are extremely light sleepers and may even have relationship issues as a result of keeping their partner awake.

Deviated septum patients also have a very high risk of developing sleep apnea. When the septum is not straight, breathing can be impaired if one or both nostrils are blocked. Sleep apnea is a serious medical condition caused by obstruction of the airway. Sleep apnea causes breathing to stop and restarts during sleep, sometimes up to 100 times a night. It can cause extreme fatigue, headaches, weight gain and strain the heart.

Another consequence of sleep apnea is dry mouth. While this may not seem like a big deal, dry mouth can cause dental problems like gingivitis and other gum diseases and can put patients with deviated septum at risk for heart disease and stroke. Dry mouth can also lead to tooth loss.

Due to the health impacts of having a deviated septum, Peterson recommends patients treating the condition during rhinoplasty. “If a rhinoplasty patient has a deviated septum, the best thing for the patient is to have their septum corrected as part of the procedure,” says Peterson. “This way the patient can minimize surgeries, and only have to go under general anesthesia once,” he explained. Rhinoplasty is a cosmetic procedure that corrects aesthetic or structural defects in the nose. Some of these defects include bumps, the width of the nose, and nostrils that are sized disproportionately. These defects may have occurred naturally in the patient or may be a result of an injury or trauma.

During the surgery, the patient’s septum will be repositioned in order to establish symmetry and improve the airflow through the airway. The patient may have to have bone or cartilage removed from their septum before the septum can be repositioned. Patients with a seriously deviated septum may need to have their corrected septum splinted to hold it in the new, correct position during healing.

'Tis the Season for Skin Treatments

Exfoliation. It’s a term we’ve all heard before when reading blogs or watching videos about our skin…

Mineral vs Chemical Sunscreen What’s the difference?  Chemical sunscreens absorb into the skin…