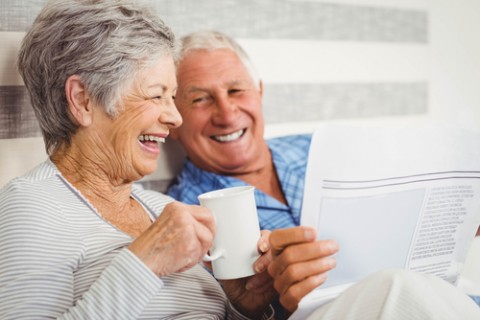 For many decades, patients who had plastic surgery typically fell into the age group of 40-54 years old, according to the American Society of Plastic Surgeons. While this demographic group still dominates, procedure numbers for a new group are slowly on the rise. In the last five years, procedures for seniors have increased over 63 percent. Older Americans are more likely now than ever before to elect to have plastic surgery, according to new reports.

Many senior patients are choosing plastic surgery to regain their youthful appearance and boost their self-esteem, says Dr. Jack Peterson, a Topeka, Kansas, plastic surgeon. Many patients still want to be attractive to the opposite sex and feel confident in social settings. Peterson treats patients of all ages but recognizes that older patients want to look their best just as much as any other age group. “It is natural for patients to want to put their best face forward, regardless of their age,” he says.

According to the American Society for Aesthetic Plastic Surgery, faces are one of the top areas that senior patients are looking to improve. Almost 40 thousand eyelid procedures were performed in 2015, along with nearly as many face-lift surgeries on seniors. Many patients making up this number were between 65 and 75. The ASPS also reports that these procedures were the first experience for nearly 75 percent of patients in this group. Other popular facial procedures included some nonsurgical selections like Botox or fillers to improve skin quality and reduce the signs of aging, making up almost 30 percent of the total procedures performed on adults over 50.

Facial procedures are not the only procedures being sought out by seniors. Breast implants, buttock lifts, and tummy tucks are also popular body sculpting choices for Baby Boomers. Liposuction was the leading body sculpting procedure for 2015, with over 84,746 procedures performed on both men and women.

Beyond the desire to look good, senior plastic surgery and aesthetic procedures have increased for a few reasons. The first reason is simply the sheer number of people over the age of 65. People are living longer than ever before, and the baby boomer generation accounts for one of the largest percentages of the population, with over 73 million people currently.

Economics are another reason for the uptick in procedures. Many people are finally able to afford to have the procedure they have always wanted. Costs of surgery have decreased as technology has advanced. Disposable income has gone up for this age group as the costs of raising families has been eliminated. A lot of senior adults are still receiving a paycheck as they continue working in their sixties and, in some cases, even their seventies.

Additionally, procedures that were once major surgeries are now performed in the office are far less invasive and do not require the lengthy recovery periods of old. Many procedures do not require any surgery at all and maybe be done with lasers, ultrasound or injections.

Minimally invasive procedures are ideal for senior patients because they do not require anesthesia, and are a low risk of health complications. Senior patients looking to have plastic surgery should be in good health and take the time to discuss their health history and other concerns with their plastic surgeon. Seniors should also be sure to choose a board-certified plastic surgery provider.

Turkey and Treadmills | Ways to Get Ready for the Holidays

Do You Need to Get Your Deviated Septum Fixed?

For many breast implant patients, the decisions of what size of implant to get and deciding between …

Getting diagnosed with breast cancer can feel like a life sentence, but it doesn’t have to be.  Rese…