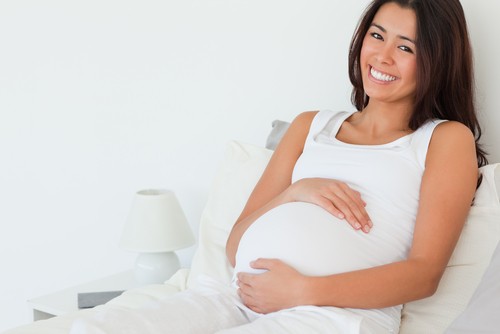 Procedures Can WaitJenner’s doctor is not the only one who gives warnings to patients regarding fillers and other plastic surgery procedures during pregnancy.“All elective surgery procedures can wait until after giving birth, because women should avoid going under anesthesia while pregnant,” said Dr. Jack Peterson, a Topeka, Kansas, plastic surgeon.General anesthesia has been linked to sedating babies in the womb and to the development of some congenital disabilities, like cleft palate.While it may seem natural that women would want to avoid having invasive surgical procedures while pregnant, expectant mothers should also skip minimally invasive procedures no matter how safe they may seem.“Pregnant women should avoid having fillers, even those that are based on natural ingredients like hyaluronic acid and collagen, because they are not FDA approved for use during pregnancy,” Peterson said.Women who want a plumper pout while pregnant do not have to give up hope, however.“Many women experience natural swelling of the lips as a side effect of increased estrogen and blood flow that develop because of pregnancy,” Peterson said.Injectables like Botox, Dysport and Xeomin are also off-limits during pregnancy.In addition to not being approved by the FDA for use during pregnancy and breastfeeding, these injectables contain botulinum toxin a, a naturally occurring poison that temporarily prevents muscles from moving to stop the development of wrinkles.Timing Topical TreatmentsEven noninvasive and topical skin treatments can wait until after delivery.“During pregnancy, a woman’s skin is very sensitive, and skin-rejuvenating treatments like lasers or chemical peels can cause unintended damage,” Peterson said.Anti-aging creams that contain retinol are also dangerous for pregnant women. This vitamin A derivative is commonly used in moisturizers and other products, and although retinol is excellent for reducing the signs of aging, using it during pregnancy can cause complications like hydrocephaly, microcephaly, cleft palate and premature labor.Retinol may also cause temporary infertility in some women.Skin Changes May Subside After PregnancyOther skin treatments like skin lighteners, acne medications and laser hair removal need to wait, too.“The skin changes significantly during pregnancy, and some women may develop acne or extra facial and body hair while pregnant because of hormonal changes. But for most women, these symptoms are temporary,” Peterson said.Pregnancy can also lead to the development of melasma, a condition that causes the face to develop brown and gray patches as a result of hormonal changes during pregnancy.“Many women who experience melasma as a result of their pregnancy see their symptoms subside when their hormone levels return to normal after giving birth,” Peterson said.It’s not uncommon for women to want plastic surgery and cosmetic procedures after giving birth, but Peterson still recommends waiting for a while after delivery and after patients are done having children.“The body changes so much during pregnancy and breastfeeding that results of procedures like breast reductions, tummy tucks and liposuction may be compromised as a consequence of another pregnancy,” Peterson said.Peterson also suggests that patients who have not yet met their weight loss goal after pregnancy wait until they reach their desired weight to have procedures to resculpt their body.

'Boob Goggles' Give Patients a New View Before Surgery

In honor of Breast Cancer Awareness month, the Aspire Galderma Rewards Program will donate $25 to th…

Plastic surgery can make you look like a different person, but a new study from the University of Br…

Taking selfies helps plastic surgery patients have better recoveries, according to a new study from …