Fifty-nine-old Terri had her original breast implants done in 1988. She was happy with the outcome of the surgery but had to have them removed 23 years later after an accidental rupture.

When she was ready to have replacement surgery, Terri said choosing a doctor became crucial. “Since I’ve had the procedure before, I wanted to be more cautious about my health this time,” she said. “I was aware of advancements in technology and wanted to make sure I chose someone who would give me the best possible care.”

Frustrated by a doctor who made her feel uncomfortable, Terri asked around for a recommendation. “After hearing only good things about Dr. Peterson’s surgical skills and professionalism, I scheduled a consultation,” she said. “He never interrupted me,” Terri said. “And he made me feel at ease.”

Terri said Dr. Peterson is genuinely interested in helping his patients feel happy and confident. “He wants the results to look natural and proportional with your body,” she said. “He tells you which type and size of implants will work best for you and why. I liked his approach because I did not want to look fake.”

“After listening to my concerns and taking measurements, Dr. Peterson said he could give me a full and proportional look,” Terri said. “I was very flat on the upper part of my chest and he knew exactly how to address it.”

On the day of the surgery, Terri felt calm. “I had lots of faith in Dr. Peterson and knew I would have a good outcome,” she said. “He and his staff were just as attentive as they were during consultation.”

“Surgery took under two hours and I was discharged the same day,” Terri said. “The pain was minimal, especially compared to the first time. The first procedure and second were like night and day. I was in excruciating pain after the first surgery. This time I was never on bed rest and functioned normally with only a few restrictions for the first month.”

“I love them,” Terri said referring to her replacement implants. “Since the surgery my mood has elevated, and I am very happy going shopping. That was hard for me before.”

Before replacement surgery, Terri struggled with resentment about her first implants going wrong. “After my surgery with Dr. Peterson I realized it was a blessing in disguise,” she said. “Those implants needed to be removed. They were too large for my body and came all the way up to my armpit.”

Terri also appreciated the relationship she built with Dr. Peterson’s staff. She said she loves that each member enjoys their job and is very knowledgeable about it. In particular, she is appreciative of the patient coordinator, Mary. “She is patient and she is great at providing answers you might have concerning your procedure, Terri said.

“I would highly recommend Dr. Peterson to anyone,” Terri said. “I even wish I still had appointments to go to the doctor. I know that sounds weird but it’s just a good place to be. On my final post-op visit I told them all I will be back for my facial rejuvenation!” 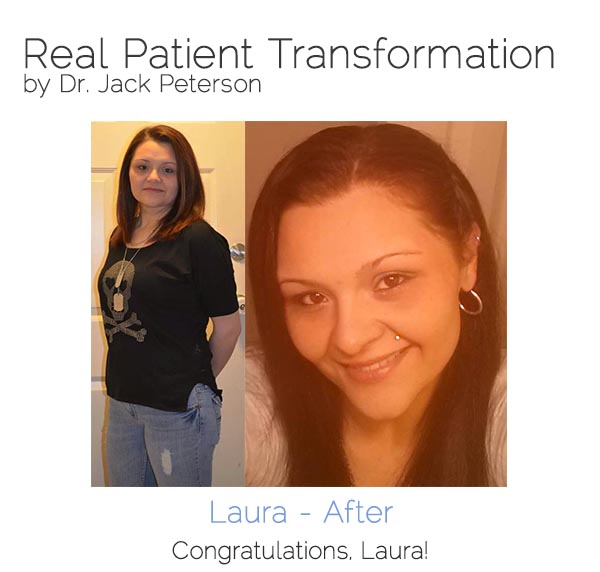 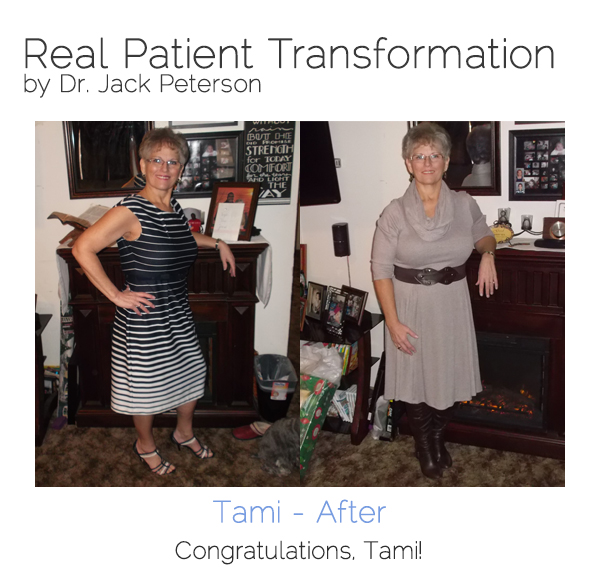