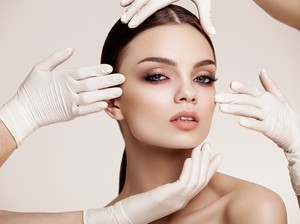 According to the American Society of Plastic Surgeons Statistics 2016 Report, American plastic surgery patients sought cosmetic procedures at a rate 3 percent higher than they did in 2015. The report shows that 17.1 million cosmetic procedures were performed in 2016, and last year’s numbers showed an increased demand for facial procedures, include facelift surgery and skin rejuvenating treatments.

There were 131,106 facelift surgeries performed in 2016, which is a 4 percent increase from the previous year. This increase puts facelifts back in the top cosmetic surgical procedures after dropping out of the top five in 2015. One reason behind this comeback is the fact that they yield dramatic results that are long lasting, compared to other facial treatments like dermal fillers. Fillers and other skin rejuvenation treatments often require additional visits for reapplication or multiple treatment sessions to achieve the desired look.

“Surgical facelifts are an excellent option for patients who want results, but do not want to have to do maintenance to keep them,” Dr. Jack Peterson, a board-certified plastic surgeon in Topeka, Kansas, said.

Peterson performs both surgical and minimally invasive treatments for patients who want to update their look.

The facelift is a highly personalized procedure in which patients are evaluated by a number of factors, including skin quality and elasticity, muscle tone and bone structure. Other considerations physicians take into account before the procedure include existing signs of aging, such as wrinkles, sagging or creases. Doctors also look at the amount of fat the patient has in their face.

The plastic surgeon determines what areas need to be lifted, and during the surgery will make incisions and lift the skin up, tightening the skin and leaving the patient with a younger appearance.

Other top surgical procedures reported by the ASPS include breast augmentation, liposuction, and rhinoplasty, also known as the nose job. Blepharoplasty, or eyelid surgery, was also in the top five most popular procedures. Blepharoplasty is making gains with individuals over the age of 55- for both safety and aesthetic reasons.

Peterson also surmises that these procedures are usually in the top five or 10, but occasionally a new trend will boost something else up in the rankings. All of the top five procedures showed a 4-6 percent increase from 2016.

Breast augmentation recently returned to the top five, after dropping down in rankings for several years.

“Breast augmentation surgery is increasing in popularity because of the high quality, silicone gel implants on the market and surgical techniques that make the end result look very natural,” Peterson said.

“These facial treatments are popular because of they do not require general anesthesia or any real downtime,” Peterson said.

Other minimally invasive treatments popular in his practice include the anti-aging Skin Pen procedure known as micro-needling, as well as, laser treatment for varicose veins and spider veins.

These popular procedures are offered by plastic surgeons like Peterson but are often performed by other types of physicians or at spas. Peterson cautions patients to seek out professionals who are actually licensed to perform these treatments.

“Although these treatments are minimally invasive, they should not be performed by just anyone,” he said.

Proper training is essential for good, long-lasting results and minimizes the risk of complications, like infection or reactions. Peterson advises patients to schedule a consultation with their potential providers to discuss their desired results and to be sure to ask about their credentials.

A History of Implants

You Don't Have to Live with Stretch Marks

Gynecomastia isn’t something many men want to talk about, but it is something that should be t…

Do you look like your Aunt Bertha? Same eyes, same color hair, same double chin? If you love everyth…